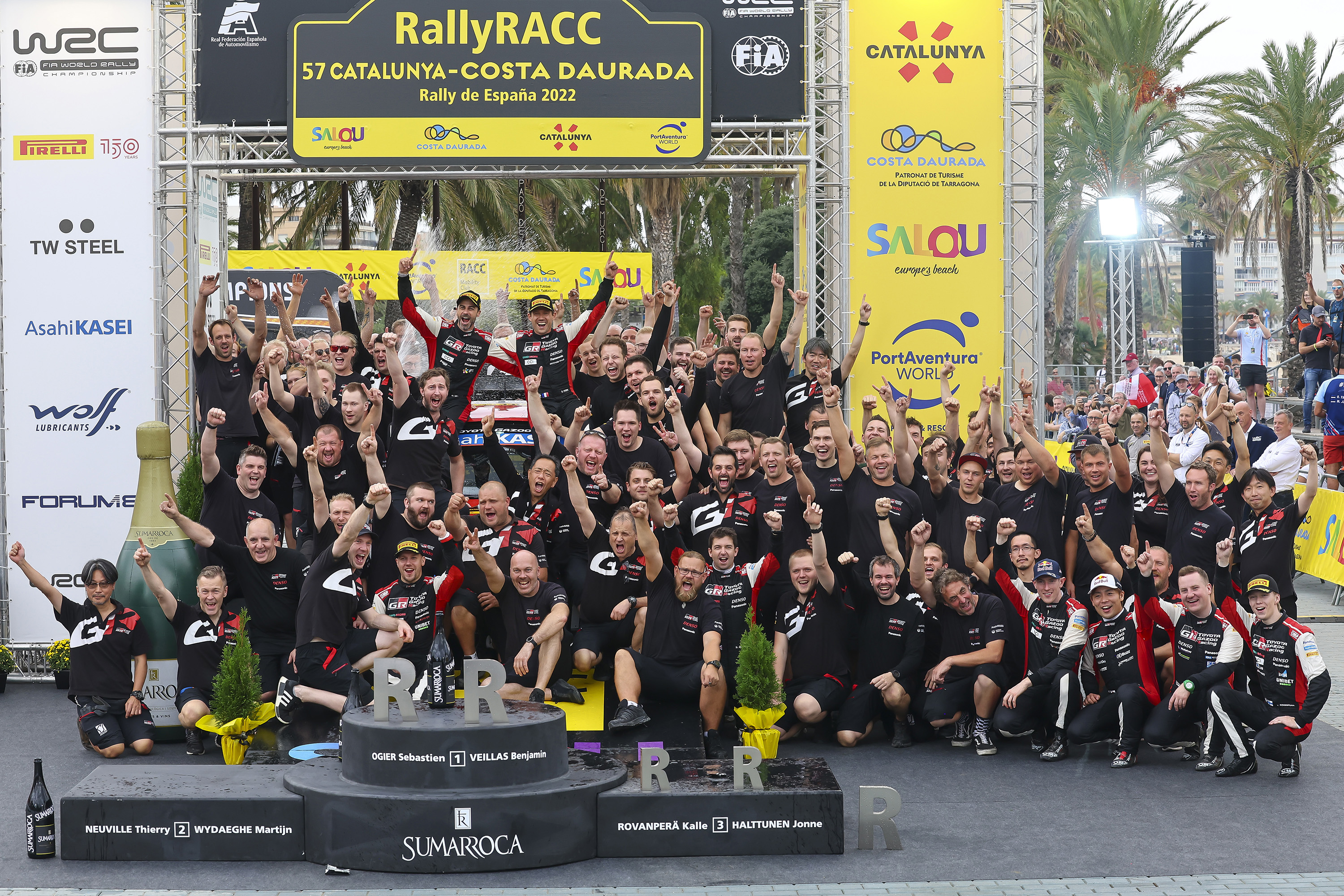 The TOYOTA GAZOO Racing World Rally Team has completed an FIA World Rally Championship treble in style by clinching the 2022 manufacturers’ title with a superb win for Sébastien Ogier at Rally de España.

The manufacturers’ championship success follows the drivers’ and co-drivers’ titles that were won by Kalle Rovanperä and Jonne Halttunen on the previous rally in New Zealand. It’s the second year in a row that the team has managed a clean sweep of the three available titles. An especially notable achievement given that it spans a major revolution in the technical regulations introduced at the start of this season when the all-new GR YARIS Rally1 HYBRID succeeded the Yaris WRC.

In total, this is the sixth occasion that Toyota has topped the WRC’s manufacturers’ classification, the third time since it returned to the series in 2017.

The rally win in Spain is the team’s seventh of the season and a first for the outgoing eight-time champion Ogier in his part-time campaign. The 55th victory of his career is also a maiden triumph for co-driver Benjamin Veillas.

In his first asphalt rally since January’s Rallye Monte-Carlo, Ogier was among the pacesetters from the start, winning three stages on Friday to lead despite having to deal with dirtier roads than his rivals in mixed weather conditions. He took three more stage wins in a commanding performance on Saturday as he pulled away from the pack, and went on to win the last two stages of the rally on Sunday – including the final Power Stage – as he clinched victory by 16.4 seconds.

Rovanperä was also in the battle for the lead on Friday when he was fastest in four stages, and eventually finished in third position overall. His hopes of second place faded after he was one of several to sustain tyre damage over a drain cover in Sunday’s second stage.

Elfyn Evans was part of a close-fought top five at the beginning of the rally but was unable to find the perfect feeling to match the rapid pace at the front. A flat tyre on Friday afternoon and another at the same place as Rovanperä on SS17 contributed to him finishing sixth overall – still an important result to help the team towards its main goal.

One place further behind in seventh was Takamoto Katsuta who recovered from a difficult start to show strong and consistent speed in his TGR WRT Next Generation entry.

“Congratulations to everybody in the team! I’m really happy that the team achieved all three titles: drivers’, co-drivers’ and manufacturers’ just as last year. And above all, I’m so glad that the GR Yaris has become a triple champion car. My sincere thanks to all of the team members.

It was Seb and Benjamin who claimed the rally victory when we sealed the manufacturers’ title. Looking back, it was also them who scored the very first point in Monte Carlo under the new regulations. It’s really encouraging to have them in our team. Kalle and Jonne of course contributed greatly with six wins. Elfyn and Scott experienced some difficult rallies but they made steady efforts and brought valuable points. Esapekka and Janne also had difficult moments several times but they got on podium three times and earned points for the team. And Takamoto and Aaron contributed indirectly by getting points steadily through the season.

Four GR YARIS Rally1 HYBRID cars, 10 drivers/co-drivers, all of the staff and partners who supported them, and the fans all over the world who kept supporting us. It's a championship we achieved thanks to all of them.

In Japan, many fans are looking forward to Rally Japan which is coming in three weeks. The team, after a big celebration tonight, will start preparing towards the final round from tomorrow so that many people in Japan will be able to see the GR YARIS Rally1 HYBRID being driven as a champion car.

I saw Jari-Matti the driver at the RallyLegend historic event the other day. Looking at the pictures on social media, I thought you smiled better than you do as a team principal. However, I was able to see you smile even better today. I assume you have had a lot of pressure as a team principal, so I really thank you for making a strong team and achieving this great result. Let's drive together again when the season is over. I'm looking forward to seeing your smile as a driver Jari-Matti. Please remember the health comes first, and see you in Japan!”

“I am really proud of this team and what we have achieved this season winning these three championships. As Kalle said at the end of the final stage, we have such a talented group of people. That’s the first thing. Secondly, the people have the passion and the desire to win. Finally and most importantly, everybody is working together. When you have all these ingredients, the results will follow. Seb showed this weekend why he has won so many championships himself: He has this little bit extra that champions have and which puts them a level above the rest. Kalle also did a very mature drive to give us a double podium. It’s great to have secured this third title here in Spain and now we can go to a home rally in Japan a bit more relaxed and hopefully have even more to celebrate there.”

“It’s a fantastic feeling today. The most important thing was the manufacturers’ title, for the whole team: They have done a fantastic job the whole season and really deserve it. I am also very happy personally to take a win after the bad luck we have had on the events we’ve done this year. It was a very enjoyable weekend, the car was really fun to drive and the times were following. It is almost a surprise because I hadn’t driven this car on asphalt for so long, apart from only one day of testing, so was nice to see straightaway at the beginning of the rally that we were really fast, even with not such a great starting position on Friday. I am also very happy for Benjamin as it’s his first win. After six wins for Kalle and one for myself, let’s try to make it eight victories in Japan – especially given that eight is a lucky number there.”

“Of course I’m very happy for the team securing the manufacturers’ title. It’s been a massive effort from everyone to build these new cars for this year and they’ve had a great season, so a big congratulations to every member of the team. This weekend was not the best for myself and Scott, we struggled for the most part with our outright pace so there’s some things to work on for the future. We’ve investigated some things over the weekend, playing with the setup and with driving style to try and improve. Hopefully we have taken some steps in the right direction and we have some more ideas on where to work on before we go to Japan.”

“A huge congratulations and thank you to the team. I think this year we really showed how talented this team and our people are, to be able to make this new car the strongest and the fastest and the most reliable. We could just have in the cockpit, so thank you to everybody. It’s especially nice this season as I think we have done our part quite well and brought many points for the team. We can all be really proud of what we have done. This weekend was pretty good for us. The goal was to be a bit sensible and bring home a good result if we didn’t have the pace to stay with the leaders. Seb was flying the whole weekend, he was really fast and even if I was pushing to the maximum I’m not sure if I could have matched him. So he fully deserves the win and it’s nice to have two cars on the podium again.”

(Results as of 14:30 on Sunday, for the latest results please visit www.wrc.com) 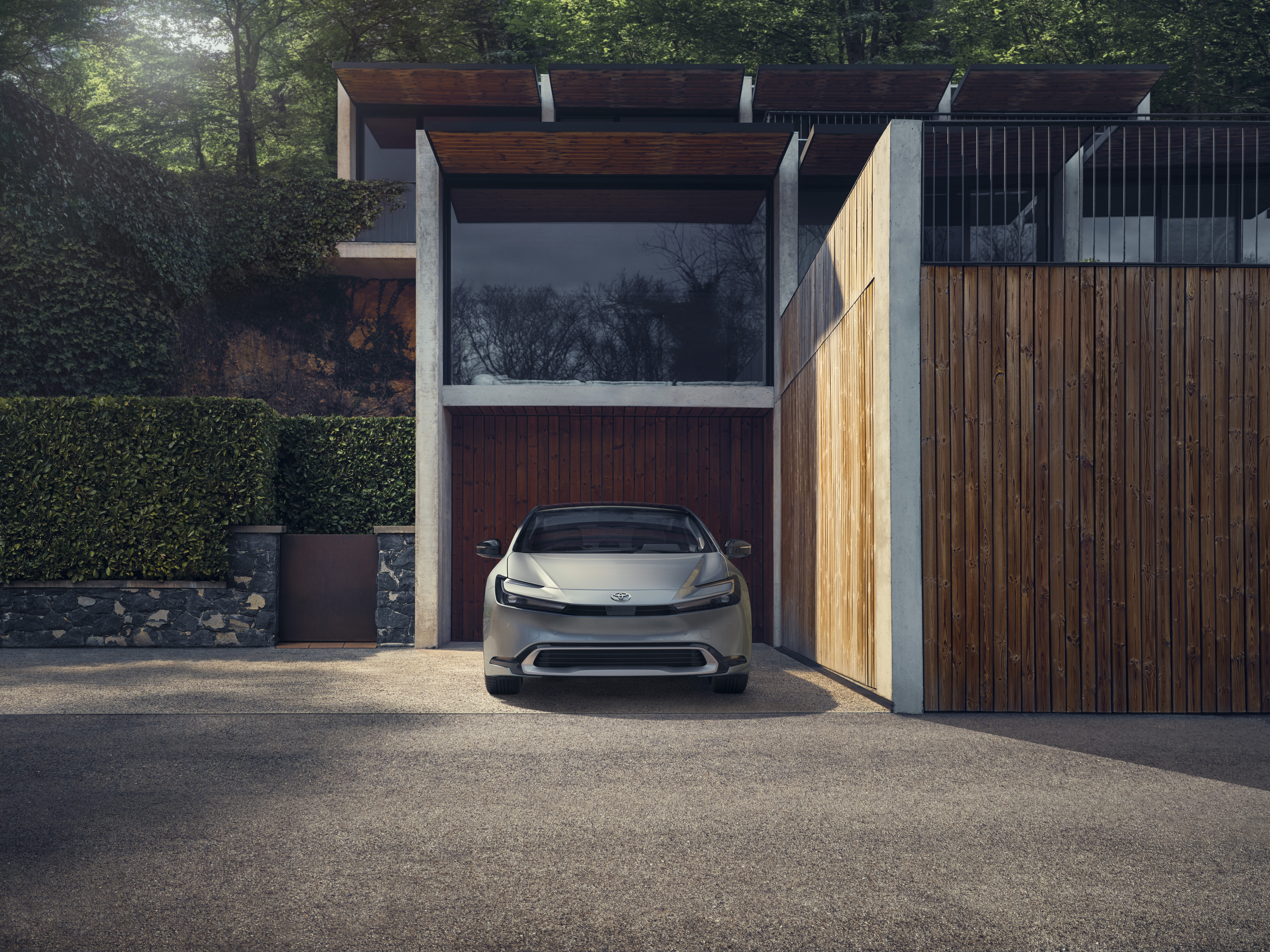 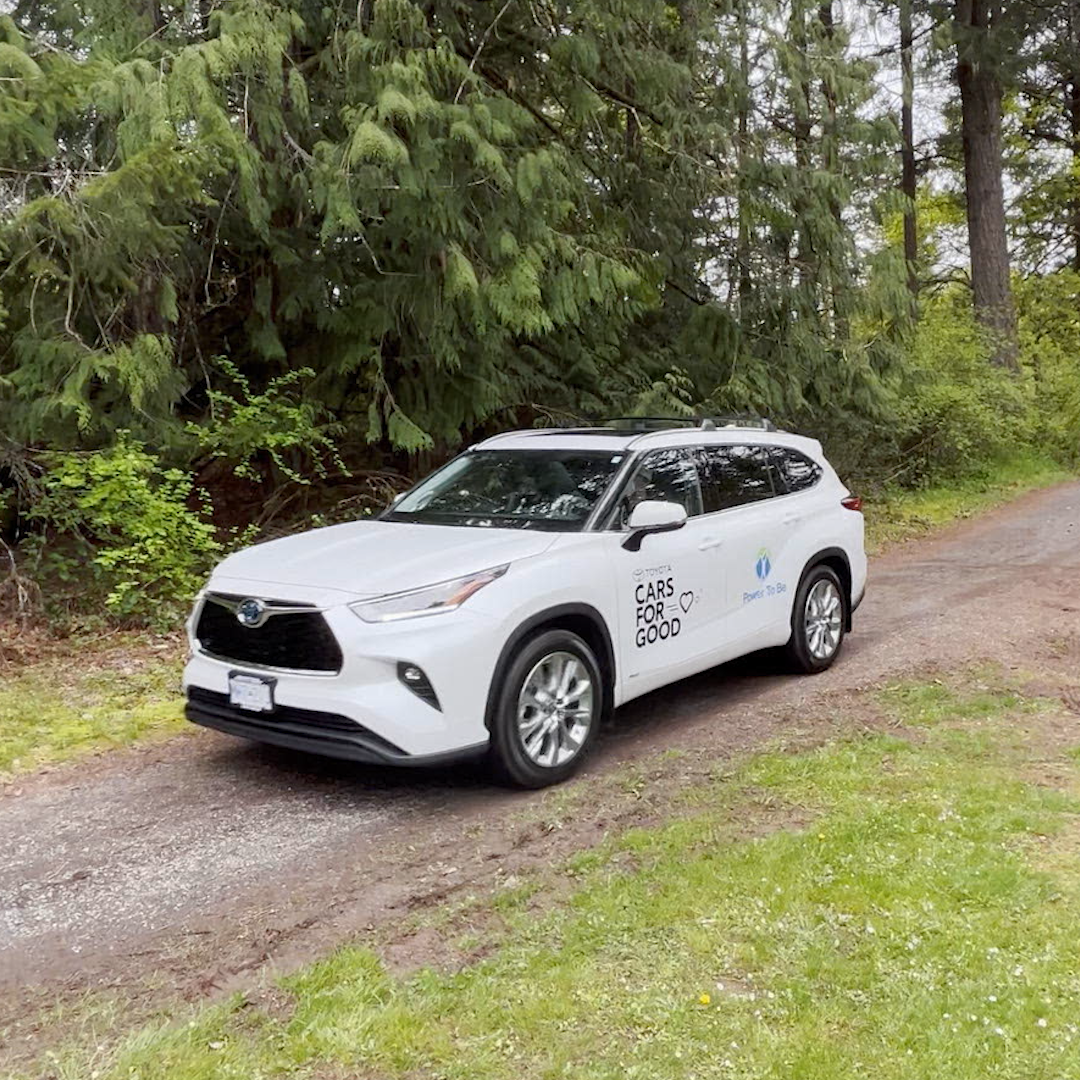 Toyota Cars For Good will Awar...